Ankur Warikoo is a business owner, angel investor, public speaker, and mentor from India. He founded the e-commerce platform nearbuy.com. Ankur Warikoo was born on Monday, 25 August 1980 (age 41 years; as of 2022) in Srinagar, Jammu, and Kashmir. His zodiac sign is Virgo.

He grew up In new Delhi. From 1986 to 1998, he studied at Don Bosco School in New Delhi. From 1998 to 2001, he studied Physics at Hindu College in Delhi. Ankur earned an MS in astronomy and astrophysics from Michigan State University in East Lansing, Michigan, from 2002 to 2004, and afterward dropped out of the university’s Ph.D. program. From 2005 to 2006, he earned an MBA in Finance from the Indian School of Business and Finance in New Delhi.

Ashok Warikoo, his father, used to work in a medical organization. Neerja Warikoo is his mother’s name. He has a younger sister who is six years his junior. Ankur initially encountered Ruchi Budhiraja on a bus on her way to college when he was 19 years old. They rapidly became friends before falling in love. After several years of friendship, the couple married in 2007.

Ankur Warikoo has extensive experience working with various organizations and startups. He began his experience as a Consultant with NIS Sparta. He spent nearly a year at NIS Sparta before switching to A.T. Kearney as an Associate. From 2006 through 2009, he worked with A.T. Kearney as a member of the Consulting Team, managing many projects across several sectors. Along the way, he co-founded Acentium Web and worked part-time for two years until going full-time in 2009. After leaving Accentium Web, he spent almost a year as a Venture Partner at Rocket Internet Gmbh. Later, he took on the job of Groupon CEO in India. He left Groupon in 2015, but before that, he served on ISB’s Next Generation Leader Board for three years in 2014. He became an Angel Investor in 2014 and remains so to this day. He became a co-founder, CEO, and board member of nearbuy.com, where he worked for 6 years. Ankur Warikoo is now a successful business owner.

Ankur Warikoo’s net worth is believed to be between $1 million and $5 million. He has acquired enormous wealth through his primary work as an executive. 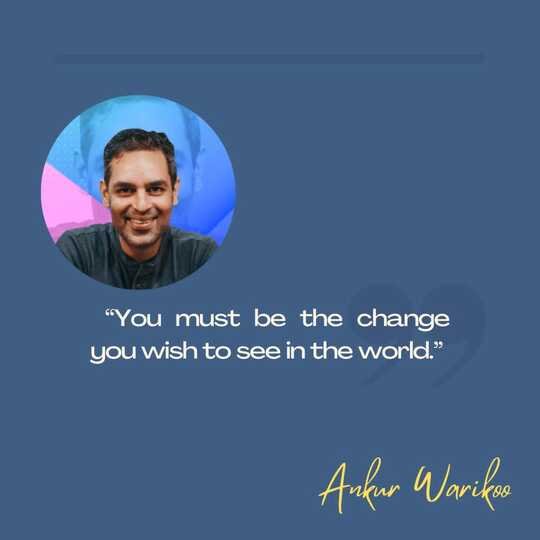